A little mermaid. A prince to save. Only silence can break the spell. Once upon a time…the mermaid Margareta saved Prince Erik from a shipwreck. Wanting to see the prince again, Margareta strikes a bargain with the master of Beacon Isle. If she saves his sons from a terrible curse, he will reunite her with Prince Erik. All she has to do is stay silent until the curse is broken. Silence is a virtue…until Prince Erik arrives early, searching for the mermaid who saved his life. Can two hearts speak louder than words? 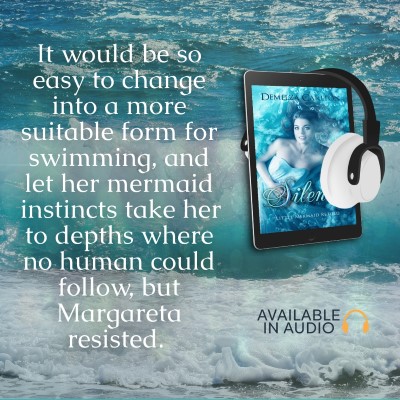