It’s 1912. America. The land of Jim Crow, of lynchings and segregation. And a young society woman has just discovered that the grandfather she barely knows may be black.

She has a family. She has a child. If she’s black, her friends will deny they know her. Her marriage will be illegal. Her little boy will never be a full citizen of America.

She can’t be black. She’s experienced prejudice before. Never again. It will not happen to her or to anyone she loves.

She follows her grandfather onto the newest, safest, biggest ship in the world, to learn the truth. The right truth, the one that will save her family.

But after the iceberg, she finds the truth is far more complicated than black and white. More inspiring, more loving. Far more dangerous… And what she’ll need to find is not a convenient truth but a new America.

Praise for the Author

“The Titanic still cruises our imaginations…And she has secrets. Sarah Smith knows them and knows how to tell them in this riveting, page-turning novel, a tale unraveling from out of the ignorant past, through that terrible moment of truth on the Titanic, and on toward a hopeful future. Read it and be enthralled.” — WILLIAM MARTIN, New York Times bestselling author of Cape Cod and Bound for Gold:

“You may think you know everything there is to know about Titanic, but Sarah Smithís ‘Crimes and Survivors’ carves out a space of its ownówhile, in the same breath, demarcating a huge swath of Americaís history and painting a resonant vision of its future. The result is suspenseful, insightful, moving and highly recommended.” — LOUIS BAYARD, bestselling author of Courting Mr. Lincoln

“For those of us who have been hoping for a new tale of intrigue featuring Sarah Smithís star-crossed couple Alexander Reisden and Perdita Halley, the wait is over! Smithís new installment, Crimes and Survivors, takes readers aboard the Titanic and to Jim Crow-era America for a thrilling and romantic literary mystery that unflinchingly examines issues of race and identity, love and family, and the danger and beauty of uncovering long-hidden truths.” — SARAH STEWART TAYLOR, author of the Sweeney St. George mysteries and The Mountains Wild

“Come for the rich prose, meticulous research, and vibrant characters. Stay for the heart-stopping mystery. Sarah Smith’s fresh take on the doomed Titanic sailing is filled with twists and turns and will enthrall both new readers and longtime fans of the Vanished Child series!” — EDWIN HILL, Edgar and Agatha-nominated author of Little Comfort and The Missing Ones

So, one of the things I have been working on this year has been reading out of my comfort zone. And one of those out of comfort zone BIG zones is anything related to huge bodies of water. I have to admit that I have a huge irrational fear of whales (I read Moby Dick WAY too young, lol), so thinking about being stranded in bodies of water where I might accidentally get sucked up by one just gives me major anxiety. But even still I kind of like reading books like it because at least I get more scared than I do from any horror book!

This was a really interesting book for me. I went in expecting a Titanic story, but it was so much more than that. This time in American history was very tumultuous and race relations were at an all time horrific low. This story is definitely more about the mistreatment of humans that has occurred in America throughout history. Much as the first line of the synopsis, this was a time of Jim Crow, lynchings, and segregation.

As you can guess this is more of a story about the people of the time. Which means there are a lot of characters, which can be mildly difficult to keep straight at first. But the underlying story and motifs definitely make this worth the read! It is a story that deserves to be shared. 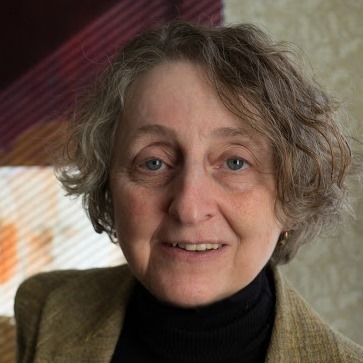 Sarah Smith started telling stories as a child in Japan. Her sitter would tell her ghost stories at night, and the next morning sheíd act them out on the school bus for an audience of terrified five-year-olds. Back in America, she lived in an unrestored Victorian house, where every morning she would help her grandmother haul coal and break sticks into kindling to light the household stove. Sheís loved storytelling and history ever since.

She studied English at Harvard, where she spent Saturdays in the library reading mysteries, and film in London and Paris, where she sat next to Peter Cushing at a film show and got to pet Francis Baconís cat. While teaching English, she got interested in personal computers (she and two friends bought 3 of the first 5 PCs sold in Boston). She realized that software could help her plot bigger stories, and sheís never looked back.

Her bestselling series of Edwardian mysteries, starring Alexander von Reisden and Perdita Halley, has been published in 14 languages. Two of the books have been named New York Times Notable Books. The Vanished Child, the first book in the series, is being made into a musical in Canada. The fourth book in the Reisden-Perdita series, about the Titanic, will be published April 15, 2020. Crimes and Survivors. You can preorder it now from your favorite bookstore.

Sarahís young adult ghost thriller, The Other Side of Dark, won both the Agatha (for best YA mystery of the year) and the Massachusetts Book Award for best YA book of the year. Her Chasing Shakespeares, a novel about the Shakespeare authorship, has been called ìthe best novel about the Bard since Nothing like the Sunî (Samuel R. Delany) and has been turned into a play.

Sarah lives in Boston with her family and not enough cats.

Wednesday, April 15
Review at Passages to the Past

Friday, April 17
Review at Gwendalyn’s Books
Feature at What Is That Book About

Saturday, April 18
Review at Reading is My Remedy

Monday, April 27
Instagram Feature at Just a Girl and Her Books

Wednesday, April 29
Interview at Passages to the Past

During the Blog Tour, we are giving away a copy of Crimes and Survivors! To enter, please use the Gleam form below.

-Giveaway ends at 11:59 pm EST on May 1st. You must be 18 or older to enter.
-Paperback giveaway is open to the US only.
-Only one entry per household.
-All giveaway entrants agree to be honest and not cheat the systems; any suspicion of fraud will be decided upon by blog/site owner and the sponsor, and entrants may be disqualified at our discretion.
-The winner has 48 hours to claim prize or a new winner is chosen.