In the U.S. Civil War, by 1862 the Union had blockaded all Confederate ports. Just across the Rio Grande from Brownsville, Texas, Matamoros was the only harbor where the South could ship its cotton to Europe, and smuggle in arms for the rebellion. So it was a haven for Yankee and Rebel spies and diplomats, gunrunners and cotton smugglers, runaway slaves, bandits, Texas Rangers, and rogues of every stripe.

But Matamoros was also full of French Foreign Legionnaires – because that same year, Napoleon III had invaded Mexico, to install Archduke Maximilian of Austria as Emperor.

Set against the backdrop of two wars, this is the story of Clay – an expatriate Southern gentleman running a gambling hall – and Allie, his ex-con artist partner, bringing her cotton train to market – in a star-crossed affair that may or may not survive their conflicted allegiances amidst the tides of battle.

“The author does a wonderful job of capturing the diﬀerent elements of the setting, exploring the historical and social aspects. The prose is beautiful and highly descriptive, and readers will enjoy the social commentaries that punctuate the narrative. This is an awesome read, fast-paced and ﬁlled with action. The author paints exciting images of a town ﬂourishing in times of war and makes readers feel as though they were part of it.” – Readers Favorite, 5 stars

“The music paints a powerful but poignant portrait of these disparate renegades, outlaws, and outcasts, each intent on their own survival. The sumptuous paintings included with the CD add a bonus element as well, and given the complete packaging — story, music and art — it confirms the fact that concept and creativity far outweigh the amorphous nature of digital downloads. More than that, Matamoros is an album for the ages, both heartbreaking and affecting in equal measure.” – Lee Zimmerman, The Daily Ripple

“Few songwriters have the determination to tell full-length stories through their songs. Greats, like Bob Dylan and Neil Young, are a couple of notables in this limited group coming immediately to mind. Therefore, James Kahn has placed himself in a uniquely special group with this song collection. These songs are so good, in fact, they make you want to read Kahn’s novel to learn even more, which makes this album a storytelling gem.” – Dan MacIntosh, The Daily Ripple

“Kahn excels in the diverse composition of story-songs that capture not only the emotional and historical intricacies of their lyrical subject matter but also the natural sonic accompaniment for their travails. The lyrics are intelligence, the performances are skillful, and Kahn works within the limits of his voice to communicate with the heart and mind of the listener. Matamoros subverts the American addiction to instant gratification, and pop culture’s resistance to complexity and nuance, and while doing so, gives his listeners songs that they can sing.” – David Masciotra, The Daily Ripple

Oh how I love Westerns. I always forget how much I love them, then when I pick one up I get swept up into the world of the Wild West. It was a lawless time, and while it might not have always been a fun time to live in it’s at least always a fun time to read about! And this is one hefty volume, so there is plenty of time to get some wild antics! Make sure you also check out the accompanying CD to listen to while you read!

So, I have to say that I absolutely loved the opening to this book. I love a good storytelling and I think it was genius to have this start out with a good old fashioned bragging session! As you can probably tell, this was a fun read. The writing was easy to follow and you were able to focus on the antics that flow through the pages.

While the story was easy to read, it was still complex. There were multiple storylines and side characters that added to this book. But I think what this story does best is stick to the time period and the characters within. 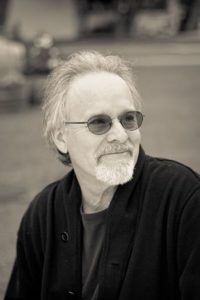 James Kahn is an ER doctor, novelist, TV writer-producer, and singer-songwriter. In addition to many original novels (including the sci-fi trilogy World Enough and Time, Time’s Dark Laughter, and Timefall) he authored the novelizations of Return of the Jedi, Poltergeist, The Goonies and Indiana Jones and the Temple of Doom.

His television credits span the genres, from St. Elsewhere, to William Shatner’s TekWar, to Xena: Warrior Princess. He was a Supervising Producer on Star Trek: Voyager, Co-Executive Producer on Melrose Place, Emmy-nominated for his work on All My Children, medical advisor on Spielberg’s ET: The Extraterrestrial; and produced the feature film The Bet, which won Best Feature at the LA Femme Film Festival, 2013.

He’s previously released four Americana music CDs, including Waterline, The 12th Elf, Man Walks Into A Bar, and The Meaning of Life. Matamoros is the first simultaneous novel and CD release, and his first foray into deeply researched historical fiction.

Wednesday, February 12
Review at Historical Graffiti
Excerpt at Books In Their Natural Habitat

Sunday, February 16
Interview at Passages to the Past

Sunday, February 23
Review at Reading is My Remedy

During the Blog Tour, we are giving away a paperback copy of Matamoros! To enter, please use the Gleam form below.

– Giveaway ends at 11:59 pm EST on February 23rd. You must be 18 or older to enter.
– Paperback giveaway is to the US only.
– Only one entry per household.
– All giveaway entrants agree to be honest and not cheat the systems; any suspicion of fraud will be decided upon by blog/site owner and the sponsor, and entrants may be disqualified at our discretion.
– The winner has 48 hours to claim prize or a new winner is chosen.